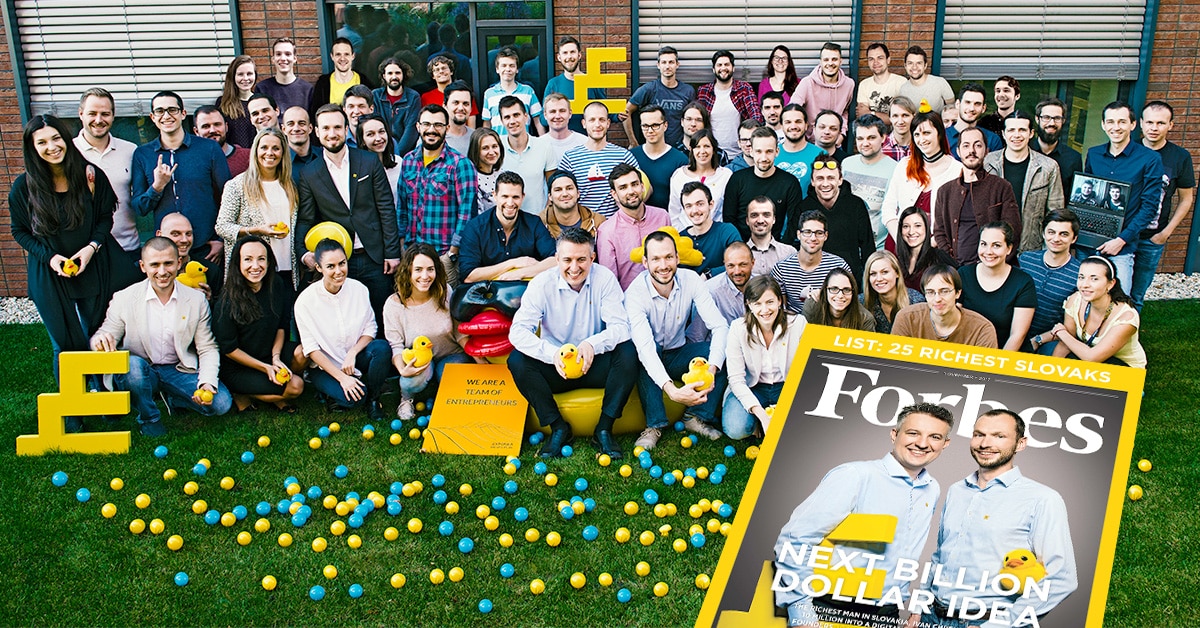 The products and services provided by Exponea have captured the imagination and interest of the business community. The November issue of Forbes covers the achievements that Exponea has had in AI and real-time analytics. Exponea was grateful to be included in one of the most well-known business magazines in the world.

Forbes recently visited us at our office to do a story and take photos of the faces who represent us, in addition to everything Exponea.
The article mentions that in just two years our company has gone from merely 6 to 113 employees, and still quickly growing, as well as now being on four continents. Not only have we grown in personnel, we’ve also grown in revenue and in raising investment.

Exponea has secured an airtight investment from, none other than, billionaire Ivan Chrenko of HB Reavis. “The company’s worth is growing at a similar pace as could be seen in the last investment round when it raised in excess of 40 million Euros” remarked Lucia Vankova and Juraj Porubsky of Forbes. Peter Irikovsky, Jozo Kovac and Ivan Chrenko have been key elements in putting the vision together. The team, including the leaders, seem to stop at nothing to accomplish their goals.

The article covered the results of companies in the SaaS 1000 report which stated that as of October, Exponea had become the fastest growing European company and the second fastest growing company in the world in B2B software solutions. The company’s growth rate has outperformed MailChimp, Slack and SurveyMonkey.

Foreign investment funds are eager to invest in Exponea. “On a weekly basis we receive around two offers, in a month sometimes even dozens of them”, Peter Irikovsky told Forbes. Among the interested entities are massive U.S. funds, including the very deep pockets from Silicon Valley, in addition to other well known funds throughout the world, with extensive portfolios.

There is no doubt that the co-founders have been very strategic in the decision-making process. We appreciated the magazine picking up our story and breaking down Exponea’s past, present and future and the future is going to be an extraordinary ride for this team. Our company has skyrocketed since it was founded, but it seems as if it’s only the tip of the iceberg. We can expect incredible things here at Exponea over the next few years.

Thank you Forbes and the same to everyone here at Exponea for their candidness. Be sure to pick up the November issue of Forbes to learn more about this incredible company and the many people around us who are making it great.