How and why I wrote my first AngularJS application: Exponea 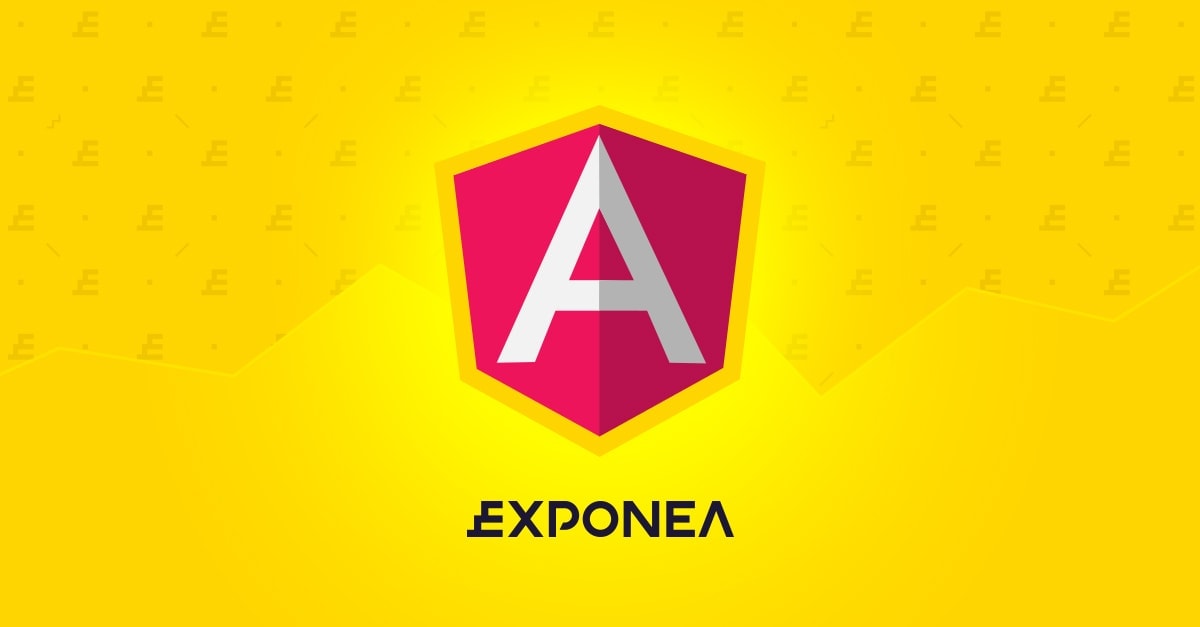 It was 3 years ago. I was fresh Computer Science graduate, just hired to do his first full-time job. At that time I had some previous experience with full stack web development, but all the projects I worked on were small or medium size websites / applications. They all used JavaScript sparingly on few screens to add some interactivity. For those use cases, it was perfectly okay for me to use just jQuery.

A naive approach with jQuery

At first, I used the same approach as always in my new job. I’ve started writing a Flask application in Python that rendered some HTML. I’ve added some jQuery magic to do stuff like forms with a dynamic number of items that could be added without reloading the whole page and it worked. At first. This time it was a little bit different. The previous projects were usually finished before the point when the pure jQuery code started to be hard to maintain. On the contrary, this project was getting bigger and bigger every day.

Moreover, since different types of analyses used same parts of the forms, I felt like the proper way to handle this would be to encapsulate those parts to components that I could reuse and compose together. Doing this in pure jQuery was pain in the ass. I had to deal with maintaining the data model, modifying the DOM when that data model changed, modifying the model when the DOM changed, handling error messages and hiding them when user focused the correct input or removed it by removing one of its parents. This caused lot of boilerplate code and slowed down the development process. I started looking for a framework that will help me solve this problem. The problem was that there were too many of them and it was hard to do an informed decision. It was too time-consuming to evaluate every single one of them.

One of my colleagues suggested AngularJS since he had a previous experience with it. I have already watched some YouTube videos from its creator and I was sure that using it will enable me to remove a lot of the boilerplate code since AngularJS does the data binding between the model and DOM auto-magically. On the other side, I didn’t like some of the concepts like embedding the logic directly into the HTML, it just felt wrong to me.

However, I gave it a try and I started rewriting one of the analyses edit screens into it. The application was not a single page app at this point. All the screens were rendered by the Flask backend. The majority of them contained the ugly jQuery code, except for one which used AngularJS. The code became much easier to understand and it was much shorter. I used directives to turn the parts of the complex forms into smaller components. HTML templates were now easier to understand since I just saw right in the markup that the funnel-editor directive consisted of a funnel-steps component and customer-filter component and how the data was mapped to each of them.

Over the time I started to hate the legacy jQuery code and wanted to get rid of it. I rewrote all the analyses to Angular one by one and finally merged them to something that resembled a single page app. It wasn’t a true single page app since the logout section was still rendered separately by the backend. Stuff like a registration form, login screen or forgotten password were just too simple and easy to maintain that way. There was almost no JavaScript needed for those features and merging them will cause me more trouble than good at that time. Currently, we are working on moving those screens to Angular too since we want to separate our frontend from the backend, but that is a different story.

So is AngularJS cure for everything? Absolutely not. After spending 3 years with it there are a lot of things I hate about it. Out of the box, it is good and easy to use on one part of an app. It is easy to use in simple single page apps, but as soon as you want to have more complex views (logged out section that looks completely differently, logged in section that uses same navigation on majority of the pages, but not on all of them) you will have to use a custom router since the default one doesn’t support inheritance of views commonly used in templating languages. This is the stuff that you as an AngularJS newbie don’t know and if you realize that after you have already written a lot of code, then I wish you a happy rewriting.

There is no built-in support for authentication and access rights in the default router, you have to build your own.

For me, the biggest drawback is the performance. For an AngularJS newbie, it is very tempting to use the two-way binding since it makes a lot of stuff easy to write. The problem is, that every time you add one two-way bound variable, you have one more expression that AngularJS have to watch and compare for changes. AngularJS do such comparisons quite often, more often that you think and the two-way bindings can be easily created dynamically for example by using several nested ng-repeats (the stuff that usually happens as soon as you write your first table with a dynamic number of columns and rows).

So yes, the Angular’s magic is cool, it can save you a lot of time, but as soon as you don’t care about it, one day you will start wondering why your application freezes for several seconds every time you have a 20 x 1000 table on your screen and you change something in a form above it that doesn’t update the table in any way.

Would I choose AngularJS if I was making the decision again right now? Yes, but it would definitely be AngularJS 2.0 and I would be more careful with the decisions I will be making to save me some time in future. With AngularJS the code is much easier to understand and maintain and there is no way I could write such a big application as Exponea is with just jQuery and remain a sane person at the same time.